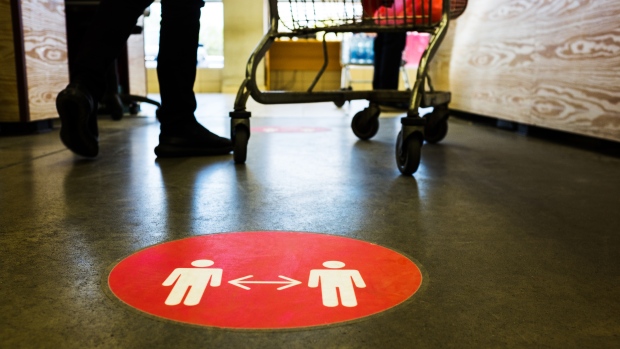 
VANCOUVER – As the number of COVID-19 cases declines in British Columbia, exposure notices at local grocery stores and pharmacies also appear to be declining.

In the past week, only six stores posted display notices, although some involved multiple employees. The week before, more than a dozen notices had been posted by parent companies in British Columbia.

Five of the six notices were posted by parent company Loblaws. They include the following:

Meanwhile, parent company Sobeys has published just one review in the past seven days. However, at times during the pandemic, backdated notices were posted on the company’s site later.

The most recent exhibit in a Sobeys store was at:

The number of exhibition notices often reflects the number of cases in the community. For weeks, British Columbia has seen its daily cases decline. As of Wednesday, only 250 positive tests were announced, the lowest daily figure since October.

In addition, more people in the community – including grocery store workers – have received at least one dose of the vaccine against the disease.

According to T&T Supermarket, as of May 26, 81% of its 5,300 employees had received at least one dose. Loblaws and Sobeys have not posted vaccination rates for their employees.

“We will continue to do all we can to maintain a safe working and shopping environment for all of our colleagues and customers,” reads a notice on the T&T website.

“We would like to remind customers that even if you are vaccinated, T&T will continue to require you to wear masks when shopping.”

Earlier this month, people working in grocery stores aged 18 and over had early access to vaccines as essential workers. Now anyone aged 12 and over in the province can sign up for a dose.

Laboratory-grown cat food made from mice will soon hit stores