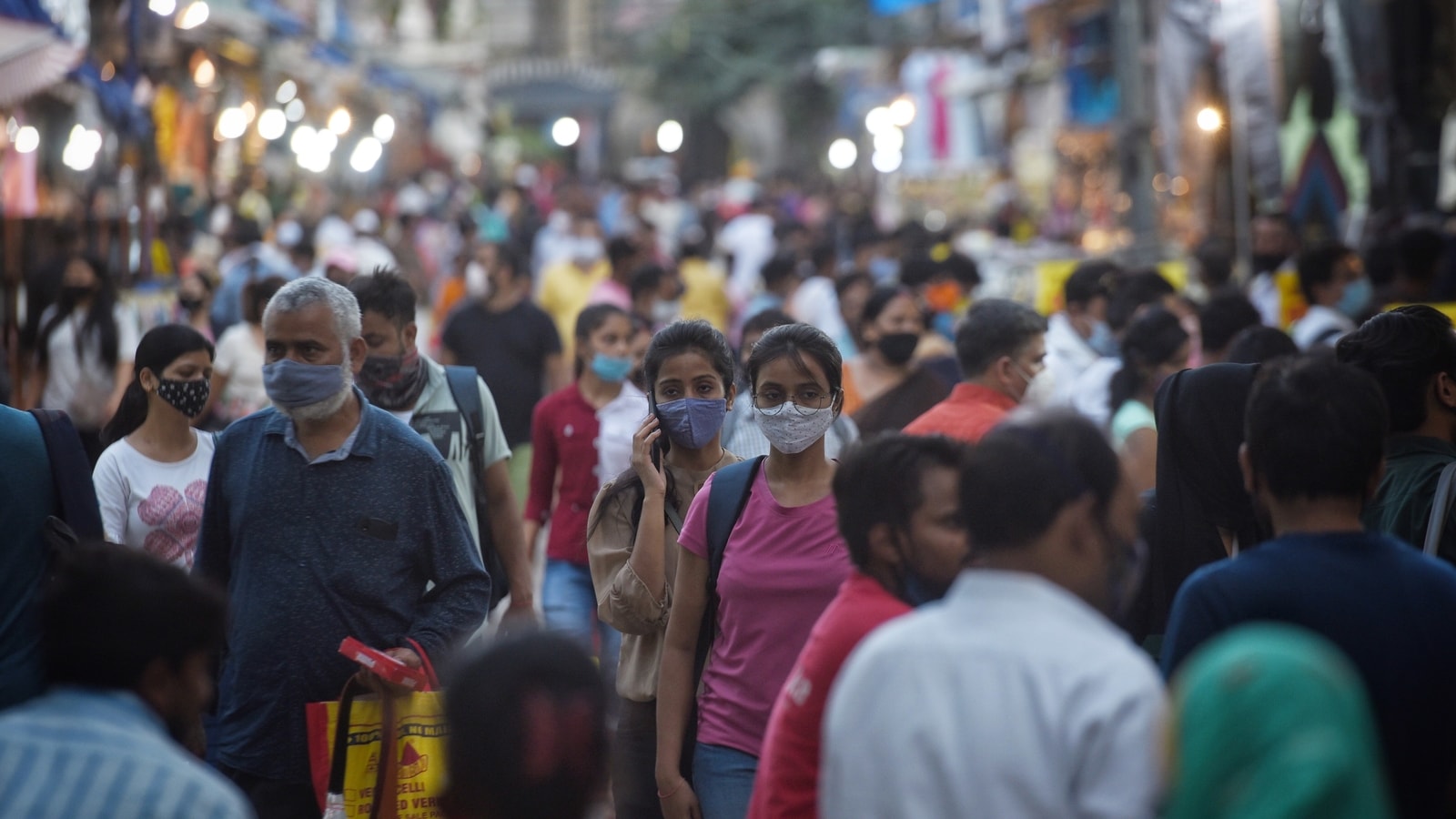 
Delhi’s high court on Friday took note of overcrowding and violations of Covid-19 protocols in markets and public spaces in the nation’s capital, and issued a serious warning – the city will be in “big trouble” at the following a third wave of the pandemic.

A bench of Judges Navin Chawla and Asha Menon said if the disregard for standards continues, the expected third wave could “pick up” its pace and “God help us if all this happens! “.

They pointed to a devastating second wave in which daily infections peaked at 28,395 on April 20 and 448 deaths were recorded on May 3. “We paid a huge price in the second wave. We do not know if there is a household that did not suffer from the second wave, near or far, ”said the bench. “We, as citizens of this city, are concerned when we see these images … Such a breach will only accelerate the third wave, which is likely to occur and cannot be allowed.”

April’s runaway epidemic – the worst the city has seen in more than a year of pandemic – forced people to rush from hospital to hospital to find beds, essentials and supplies. life-saving medicine, as bodies crammed into crematoriums that lacked space. The situation calmed down in early May when the Delhi government imposed a lockdown from April 19 and state and central governments expanded health facilities.

The court, while taking note of photographs sent to one of the High Court judges on WhatsApp by an AIIMS doctor showing complete disregard for Covid-19 protocols by street vendors in markets, launched a suo moto Public Interest Litigation (PIL) and asked to know the position of the authorities.

Markets and shops have been allowed to open for two weeks now, initially only in a 50% deal before restrictions are eased further on June 14. Since then, photographs of several generally popular markets have shown increasing attendance.

Ashok Randhawa, president of the Sarojini Nagar Mini-Market Traders Association, said the market on Friday appointed 28 volunteers for additional monitoring and enforcement of protocols. “Following a meeting with the police on Thursday, we recruited 28 volunteers in uniform who will tour the market to make sure all the rules are followed. We have created physical distancing markers on the outside of all stores and also provide masks to visitors if they don’t have any, ”he said.

Sucheta Sharma, who visited a Vasant Kunj mall earlier this week, said she wanted a break after months of being locked up. “I came here to shop for my nephew whose birthday is fast approaching. So far the crowd does not appear to be large and the SOPs are being followed as well. Attendance could increase in the next few days, however, as people are tired of staying at home, ”said Sharma.

Appearing for the Center, Permanent Lawyer Anil Soni and Delhi Government Additional Permanent Lawyer Gautam Narayan told the court that every effort will be made to rectify the situation. The High Court said government officials and bureaucrats must strive to normalize the lives of Delhi residents by following all protocols because “we can’t always have a lockdown.”

“People cannot be stopped from doing their job as it is their livelihood, but they have to strictly follow the protocols because if they catch the infection they will take it home and spread further,” the court said. “Even otherwise, people cover their faces in summer to protect themselves from the heat wave and wearing a mask is not an extraordinary discomfort,” he added.

The bench also said that photographs received from an AIIMS doctor (they did not name him) were mainly of street vendors, so market associations should ensure that those in the vicinity wear masks.

“This can take the form of more interactions with market and vendor associations and more civil defense and police personnel deployed to markets and hawking places,” the court said.

Additional Solicitor General Chetan Sharma, for the Center, said “we can’t afford a third wave, we just can’t have a third wave” and assured the court that all measures will be taken.

The Delhi government attorney said there had been more shocking photographs of shopping malls where people could be seen violating coronavirus standards, and it was not just small vendors who failed did not adhere to the protocol.

Several European countries entered a third wave of the epidemic in the spring as cases fell during a period of winter shutdowns that covered much of the west. These nations were forced to retreat.

A third wave is also forming in the UK due to an outbreak of the Delta variant of the coronavirus, which is spreading much faster than the Alpha variant which was previously predominant in the country.