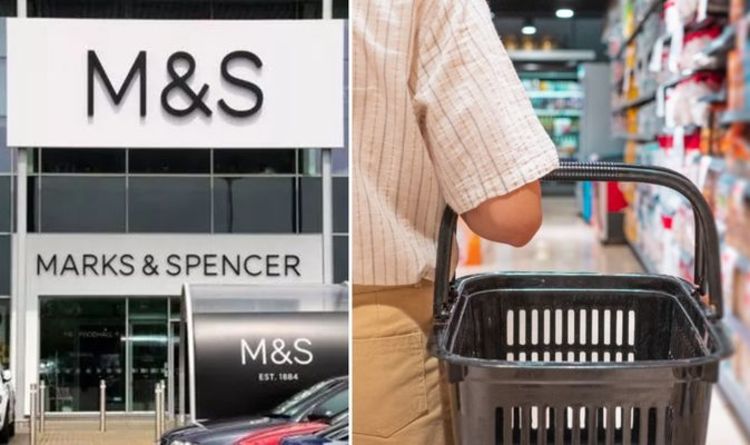 Marks & Spencer: M&S warns of food shortages due to ‘pingemia’


In recent weeks, UK supermarkets have spoken of food shortages due to workers returning from the EU due to the pandemic, among other reasons. Now another problem contributing to the food shortage crisis is “pingemia”. More and more people are being interviewed by the NHS Track and Trace app and are therefore being forced to self-isolate.

Tesco told ministers last month it was forced to get rid of 48 tons of food each week due to a shortage of drivers.

The “pingdemia” is also to blame for the lack of personnel in the ports, which could lead to gaps in the supermarket shelves.

Tim Morris, Managing Director of the UK Major Ports Group, said the “pingemia” is the “most significant threat to port resilience we have ever seen”.

Mr Morris told the Daily Telegraph: “If the current trajectory of absences continues without the government taking any action, there must be a risk of disruption of important supply chains, including food.”

Nick Allen of the British Meat Processors Association (BMPA) said: “The app says very clearly that you have to isolate yourself, but the advice we have now received is that when our staff are pinging, the first thing to do is to get them tested.

“Officials told us that the app’s ping is advisory.”

However, in response to the BMPA’s comments, a government spokesperson said “that is not correct.”

They added: “We are in close contact with businesses, including the food industry, on this issue.

“Isolation is a crucial tool to help reduce the spread of the virus and it is vital that people continue to self-isolate when contacted by NHS Test and Trace. “

Last month, leaders in the food and supply chain sectors warned that a driver shortage in Britain had reached a “crisis point”.

Supermarkets had started to run out of deliveries and had used up their limited stocks.

At the time, Richard Burnett, CEO of the Road Haulage Association (RHA), said stores were “weeks” away from empty shelves.