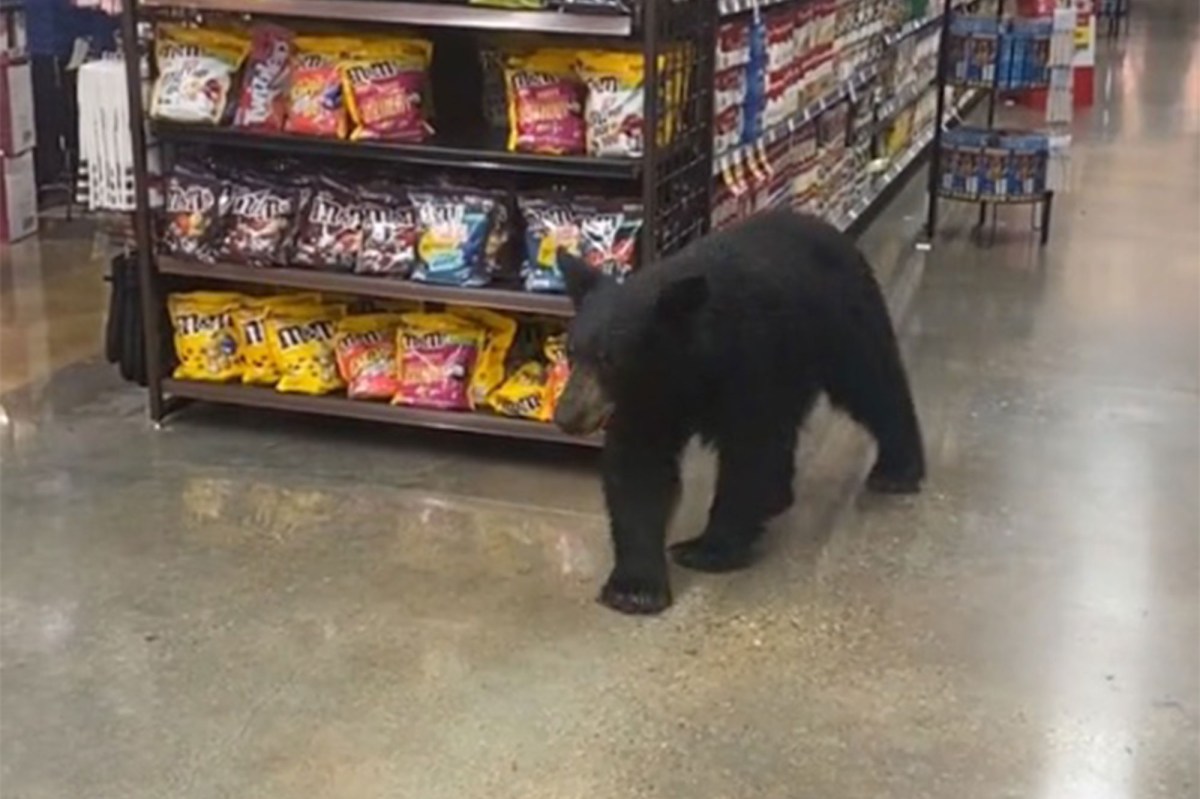 The video shows a black bear walking calmly through the aisles of a California grocery store.

Many shoppers at Ralph’s in the Porter Ranch section of Los Angeles weren’t too afraid to film the 125-pound wild animal being hunted by brave workers, footage shows.

Among those who filmed was actress Tisha Campbell, known for her role as Gina on Martin Lawrence’s sitcom “Martin”.

Campbell posted her encounter on TikTok, then filmed herself as she walked cautiously and anxiously to her car in the parking lot.

Inside her car, she comically expresses shock.

“It’s not like I’m in a secluded place, I’m in my fucking local grocery store,” she says.

“I don’t know what this species of wildlife is right now that’s going on with me. You know what? Keep the fk away from me because who the fk knows? A hippo-mother-king-potamus f-king could come out of no f-king where.

The bear had apparently not finished shopping for the day.

The California Department of Fisheries and Wildlife caught up with the animal at a nearby Walmart, KTLA reported. Authorities tranquilized the animal and took it to a safe place, the TV station said.

“Bears know that if they come down from the mountains in a city, they are going to find food,” the department spokesman told KTLA.

“I thought the video was amazing,” resident David Balen told CBS Los Angeles. “I’m glad no one had contact with the bear. Everything can happen.”

Balen, a member of the local neighborhood council, shared photos and a video of the bear on his Facebook page.