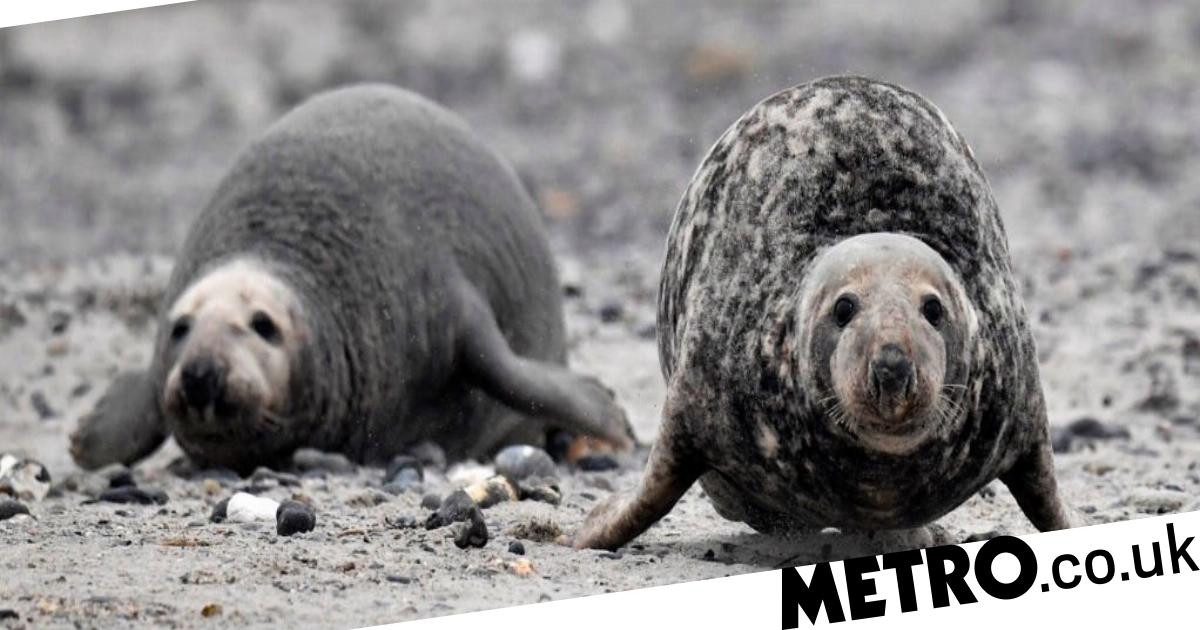 
A record number of seals have been counted by drones in a UK nature reserve.

Some 518 gray seals were recorded by the Cumbria Wildlife Trust at South Walney Nature Reserve in Barrow between September 2020 and March this year.

Dr Emily Baxter, Marine Conservation Officer, said: “This is very exciting news and it is a fivefold increase in the gray seal population in the nine years that I have been with the Confidence.”

Natural England has granted special permission for the use of drones, which must fly particularly high to avoid disturbing seals and other wildlife.

But the volunteers also continued to count the mammals manually using binoculars and crawling along the pebble beaches.

“Both methods are important, but the drone gives us more precise numbers,” added Dr Baxter.

The devices monitored the seals every two weeks, helping to record their behavior and the effect of human activity.

While seal beaches are off-limits to the public, there have been several incidents of people doing water sports and disembarking kayaks in protected areas during the coronavirus lockdown, which has spooked some seals in the water.

“When seals are disturbed, they flee into the sea, using up large reserves of energy,” said Dr Baxter.

The gray seal is the larger of the two seal species found in the UK, along with the harbor seal, and can weigh up to 300 pounds and stand 2.6m in length.

They spend most of their time foraging at sea, but “crawl” to secluded beaches or rocks during the winter.

Fluffy white seal pups are born in the fall and stay ashore until they shed their coats and tripled in size.

Those who want to get up close and personal with cute puppies or adult seals can view them through the ‘seal camera’ on the Cumbria Wildlife Trust website.

Contact our press team by sending us an email at [email protected].

For more stories like this, see our news page.

Get your latest news, wellness stories, insights and more

First Day, Free Rides programs allow Chicago-area students to use CTA for free on the first day of school