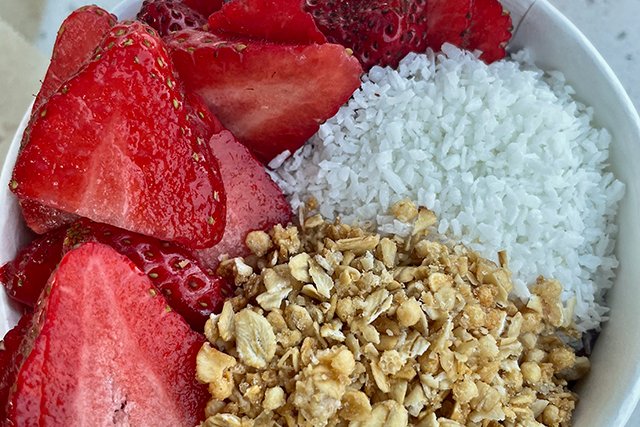 With new digs, a menu of fresh produce, and a rooftop bar to boot, The pit and the skin plans to roll out its redesigned juice bar in the coming weeks. Moving just one block down Main Street from its previous location, the space will offer evening and weekend libations, as well as an expanded menu of healthy options, including tacos and crusted pizzas. cauliflower. (Richmond Magazine)

Every half-moons of hail

Made with an endless assortment of toppings and consumed in countries around the world, empanadas are truly a snacker’s best friend. These handmade bites are making appearances at area restaurants, from Bombay Co. to Rocketts Landing to Arepa House in Chamo on Hull Street. Empanada Getaway, anyone? (Richmond Magazine)

Mike Ledesma, chef-owner of Perch and Instabowl, reveals a cooking secret to whip up pickled cucumbers in a flash. Whether you want to add to your condiment shelf in the fridge, plan to swap jars with a friend, or just love to say the world “quickle”, we’ve got you covered. (Richmond Magazine)

Margaritas may be one of the most popular cocktails in the world, but the story behind their rise to beverage stardom remains a bit unclear. Learn a little and pop that tequila to create fun twists with ideas from downtown Sonora bar teams, Charlottesville’s Little Star, and Casa Del Barco at Canal Walk. (Richmond Magazine)

Fresh out of its second location of Mrs. Bee’s Juice Bar at the Valentine Museum, meet the entrepreneur and native of Richmond Brandi brown, from his favorite smoothie to the spots that make it his RVADine rotation. (Richmond Magazine)

Walk on the wild side

If you like to walk the funkier side of brewed drinks, or consider yourself an adventurous imbibber, add Fine Creek Brewing Co.’s Wild and strange festival to your calendar. The Powhatan-based small-batch brewery will turn its annual celebration of barrel-aged, mixed-culture and sour beers into a special three-day affair and feature appearances from breweries near and far. Range? Crooked Run Brewing from Sterling, Back Bay’s Farmhouse Brewing from Virginia Beach, Hermit Thrush Brewery from Vermont and Black Narrows Brewing from Chincoteague Island, as well as locals from Vasen Brewing Company, Ardent Craft Ales, Hardywood Park Craft Brewery, The Veil Brewing Co. and Triple Crossing Beer.

The Giavos family introduced Stella grocery store in Westhampton in Libbie and Grove, with a soon-to-be-available meze bar that will offer tapas and spritzes. (Richmond Magazine)

This is the season for outdoor meal – Looking to savor and sip in the outdoor spaces? We’ve compiled a roundup of places in the area with some serious patio and chill vibes. (Richmond Magazine)

Since the onset of the pandemic, The Broken Tulip has transformed its indoor space into a convenience store and merchandise merchant adorned with everything from small-scale Virginia farmers to easy-to-wear natural wines and more. Taking it up a notch, Carytown restaurant recently announced a rotation three-course lunch at a fixed price outside dining menu which, at under $ 20, is a steal.

What’s cooler than whiskey distilled right here in Virginia? A whiskey brewed in collaboration with the bloodthirsty, Richmond-based metal band GWAR. On Friday May 28, Catoctin Creek Distillery will unveil Rye Ragnarök, a 92-proof whiskey brewed in white oak barrels that has been declared by Forbes as “perhaps the coolest partnership between a distillery and a celebrity.”

The smoked mug Owner Dan Lee said that after a successful first edition of their cocktail, tacos and weekend vibe pop-up, the North Side cafe-meets-barbecue business will be hosting a happy hour every Friday.

Norfolk Benchtop brewing will join the group of nearly 40 breweries in the Richmond area. Where and when can you find them? In January at The Current, the next food hall in Manchester of Hatch Kitchen and Lynx Ventures which aims to open at the end of the summer. (Richmond BizSense)

We strongly encourage everyone to make safe and smart decisions and adhere to municipal and business guidelines related to the pandemic.

In Other Food News …

The Recorder – Construction of a service station in progress at Orange